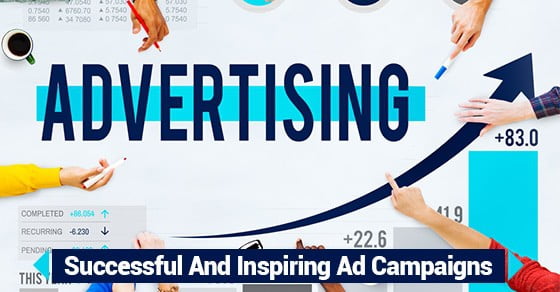 There are a number of things that go into successful or inspiring ad campaigns: Did they contribute to the growth of the brand? Were they remembered through the years? Did they touch on universal truths?

Ad agencies and independent companies trying to brand their businesses have faced the challenges that come along with these questions for decades, but that doesn’t mean it has to be a daunting task. To better help spark your imagination and creativity, we’re taking a look at the top successful and inspiring ad campaigns.

Whether you have a new product coming to the market or you’re trying to rebrand something that has been around for years, the above campaigns prove that you always have the opportunity to start fresh. For more information about creating memorable campaigns, contact our team today.