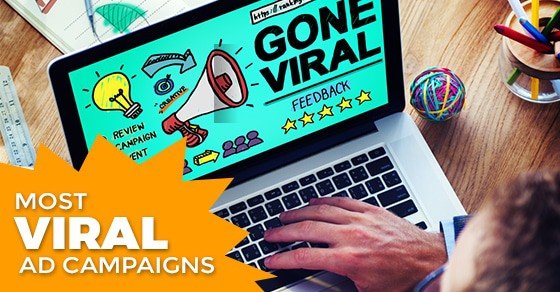 Marketing campaigns are undoubtedly the best ways to draw in new business. As long as you have a great pitch, quality video, and a clear message, you can create a viral advertisement that could be seen by thousands, possibly millions, of potential customers.

But what actually makes an ad go viral? Obviously all ads are created with the intention of generating attention, but only a few have the ability to be seen all over the world. After all, it’s hard enough to capture people’s attention, let alone intrigue them enough to want to share your ad on their own.

These are the top 9 ads that went viral, making them some of the most successful marketing campaigns in the world:

Check out the creator talking a little about his viral efforts

Over the years, more and more businesses have come out with amazing campaigns that go viral. It is nearly impossible to judge which campaigns will perform the best, but there are definitely a selected few that stand out from the crowd, as do the ones above.

The viral ad campaigns mentioned all have familiarity, originality and a clear message. Viewers want some sort of emotion to be evoked from the clip, whether it made them happy, sad or even just curious to learn more.

What It Takes to Create a Viral Campaign

Creating a viral campaign consists of many different facets. There are a lot of things that must be addressed before you go ahead and create a campaign and anticipate that it will appeal to the masses.

If you’re looking to make a campaign with the intention of going viral, contact Grassroots today!