Unique Street Level Ads from Around the World

Street level advertisement is an extremely effective way to showcase your brand.

As potential customers and clients walk down the busy streets of a metropolis or more dense areas of town, it’s likely that they’ll notice several forms of advertisement. Bus stops, standalone ads, and other eye-level advertisements will exist along the sidewalk, but all of those exciting visuals all seem to say the same thing for your company’s ads: competition.

With street level ads becoming more and more popular, how can you make yours stand out? For a little outside-the-box inspiration, we’re taking a look at some of the most creative ads that have been spotted all around the world! 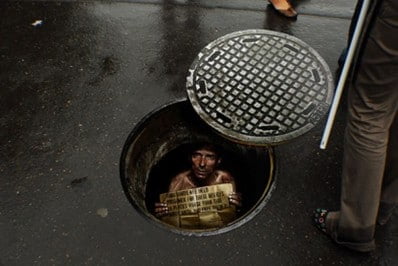 Amnesty International in Poland– A painting was made to look like a sewer drain with a person in it, bringing attention to the need for stronger human rights considerations for homeless people in the area. 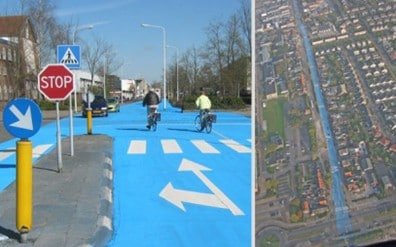 Water is Life in Netherlands– An entire stretch spanning several miles was painted light blue to remind people that water was once covering the road. 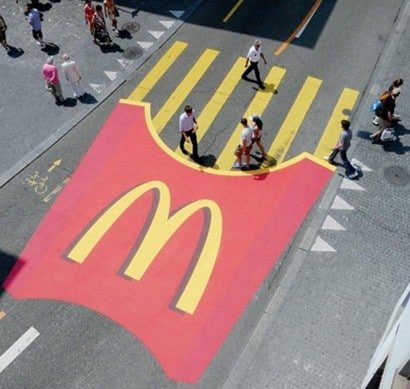 McDonalds Fries in Switzerland– One of the more creative ways to utilize crosswalk street signage, McDonalds turned an entire section of the pavement into an eye-catching advertisement for their famous side. 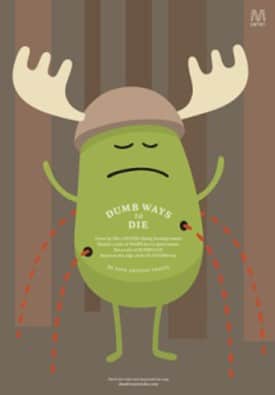 Golden Lion, Dumb Ways to Die in Australia– Print posters with dumb ways to die on them (such as a skeleton holding a fork in the toaster) were plastered throughout the country as a way to encourage teaching safety. 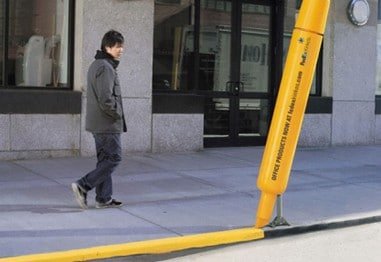 Fed Ex and Kinko in NYC– A standalone highlighter and white out stick were displayed prominently in downtown NYC to announce their merging. 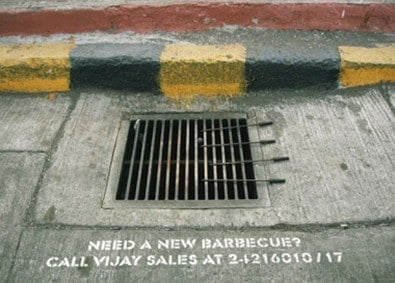 Vijay Sales– Barbecue utensils were are set upon the sewer grates to promote a local BBQ company.

Canon, France– Parking posts were turned into Canon lenses, creating the illusion of cameras being dispersed across the French city. 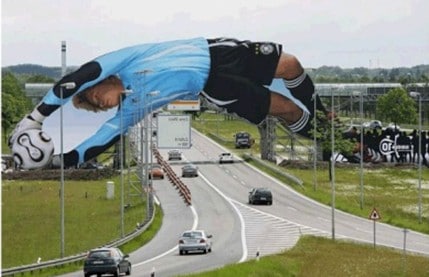 Adidas– A giant image of a soccer player leaning over the road to get a ball was used as the ultimate bridge advertising. While this was able to be pulled off in the UK due to their more lax distraction laws, Canadian and American clients wouldn’t be able to pull off a similar campaign. 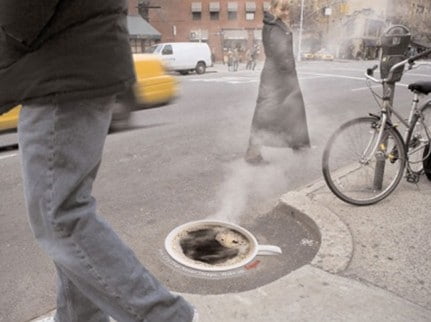 Folgers Coffee, NYC– Sewer holes were covered to look like steaming cups of coffee. Despite the actual branding of this campaign being minimal at most, the viral effect of the ads helped them spread world-wide.

Local Farmers market in London– Tree bases along the sidewalk were turned into carrots to promote the local market.

Unique street ads are becoming more prominent all over the world. 3D paintings on the buildings and crosswalks, stand alone street ads in the shapes of familiar objects, and much more can be seen while you walk through the metropolis of major cities. Street ads are a wildly successful way to promote a business, but it’s not just the people walking past that they impact; because of their viral effect, a good street level ad can stretch the world on social media.

To create a unique street ad, you have to think outside the box. Despite the creativity that’s already been shown across the globe, there are endless opportunities for creative creations like these. For a better idea of how you can get creative with your advertising, contact Grassroots today!