Looking For Billboard Inspiration? Check Out These 8 Incredible Ads 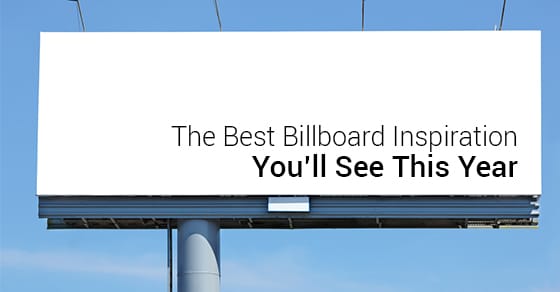 Creating a billboard for your company takes work. You have to come up with the right idea to grab people’s attention as they’re walking or driving by. You only have a few seconds to retain a passerby’s attention; so, how do you do it? For inspiration for your next billboard, check out these eight incredible ads:

You never know when inspiration for your next billboard will hit. Luckily, we do. Contact us and we’ll create eye-catching ads that’ll have people talking.