Creativity Matters: Why Your Ads Need To Be Different 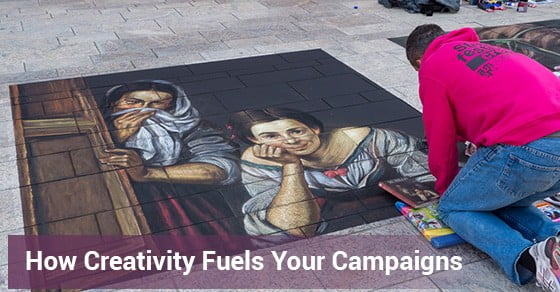 Any great marketer will tell you that your ad is also your content. When you have a good and effective ad, it can be as meaningful as the content it is placed next to. Consider the following example:

In 1996, Apple lost one billion dollars and was on the brink of bankruptcy. In 1997, the company placed an ad for its “Think Different” campaign that marked the beginning of its Renaissance. Apple is now worth more than $700 billion. This does not necessarily mean that the ad campaign is what sparked the turnaround, but you can’t deny that it helped to repair the brand’s image and restore Apple as a remarkable company.

Thoughtful and original ads like the one mentioned above are not perceived as mere distractions or noise, but as useful content. Although the “Think Different” ad was shot close to two decades ago, it is still considered an iconic ad of our times.

Unless you’re creating your online advertisements with the view to delivering content about your brand, product, or service, you are not maximising on their potential. Ads should be created with the same mentality as regular content: Intended to add value to the user and create an engaging experience.

With that in mind, here are a few ways that companies have made their brands stand out:

Chalk illusions have become very popular in recent years, drawing crowds and encouraging social sharing with pictures. In addition, chalk-art is fairly inexpensive. Many companies have leveraged the appeal of chalk illusions, with significant results. In fact, the SAS reported that 95 percent of the UK’s top 100 advertisers were – at one time – using outdoor advertising because of its ROI: on average, every $1.58 spent earned $2.10.

Some companies have enjoyed incredible success by coming up with strategies to make their audience engage with their ads. Volkswagen, for instance, embarked in “The Fun Theory” campaign back in 2009 to promote its green and user friendly cars by painting life-size piano keys on the stairs of one subway as a way to encourage people to use the stairs instead of the escalator. Their video went viral with over 2.5 million views, and the company hit its target with a 66 percent increase in the number of people taking the stairs.

The “Share a Coke” campaign by Coca-Cola whereby the company swapped their legendary label with over 250 common names allowed the company to form a personal connection with their market, boosting sales by 2 percent. This came at a time when soda sales were on a steady decline.

To do the same for your brand, you need to capitalise on the emotions that make ads like these so memorable, and devote adequate resources to promoting creativity.