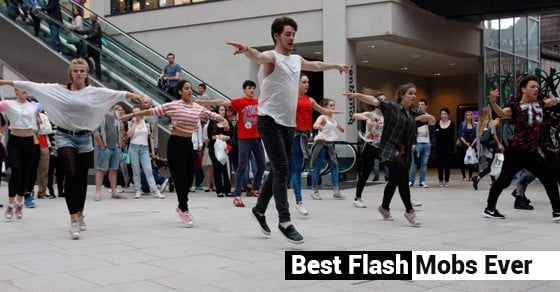 A flash mob is a large group of people who suddenly appear in a public place, such as a mall, to perform a dance or other type of activity before quickly dispersing. They catch passersby off guard, and can be used as a form of artistic expression, satire, or simply to entertain.

Their popularity began to rise via YouTube in 2009, but they still occur quite frequently. The successful ones are passed on via social media. Increasingly, flash mobs have been used to promote events and products, due to the likelihood of them going viral. If you’d like to augment your campaign with a flash mob, get in touch with us about our street teams. Below is a list of memorable flash mobs to get you inspired!