Benefits Of Using A Flash Mob To Create Brand Awareness 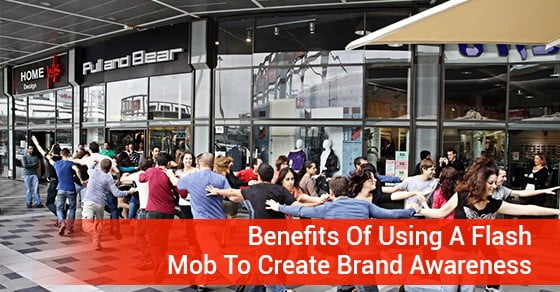 If you’re mulling over different ways to promote your brand, you might want to consider flash mobs. There’s a whole lot of competition out there for the eyes and ears of consumers, so any competitive advantage you can get is worth considering.

Flash mobs are composed of groups of people who converge on a specific area and perform some sort of activity, such as a dance routine, in a way that looks spontaneous.

Of course, a flash mob requires planning to get it right, preparation to ensure that you have permission to stage a flash mob in the area you want, and enough people to pull it off. For some inspiration, go to YouTube and search “flash mobs” to see examples of how it’s done. But be sure to read on for the benefits of using a flash mob to create brand awareness.

There are multiple benefits of a flash mob to create brand awareness. Again, you don’t have to spend a whole lot of money to create an effective flash mob marketing campaign. So, plan and execute the right game plan and reap the benefits.