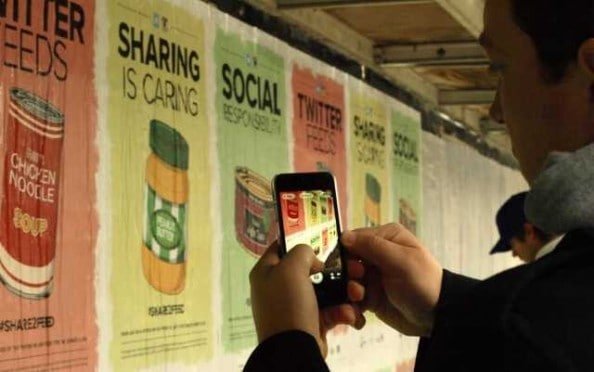 Doug & Serge of Toronto has begun a pro bono holiday season campaign in support of theDaily Bread Food Bank, also based in Toronto. The campaign, called “#Share2Feed,” makes use of street posters, washroom posters and other materials around the city. The creative encourages consumers to take photographs of the posters or of a meal and post them online via social media sites Instagram or Twitter. For each photograph posted between Dec. 9 and Jan. 17, the agency will donate a can of food to the food bank.

“We thought this idea represented a great way to take advantage of a behavior that already exists in social media, snapping photos of food, to help feed those who need it most,” said Doug Robinson, chief creative officer of Doug & Serge. “At this time of year that can be really challenging for a lot of families. We encouraged our teams to come up with ideas that were more altruistic than the usual holiday fare.”