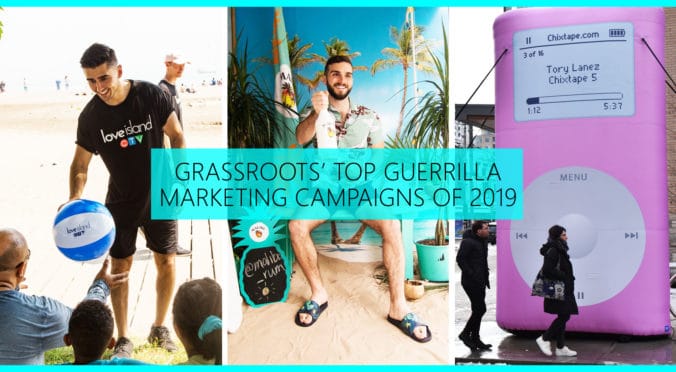 As this year comes to an end, it’s time to reveal our top Guerrilla Marketing campaigns of 2019.

We took Out of Home Advertising to a whole new level by targeting a sense that most marketing campaigns don’t stimulate. To promote the strawberry flavored gin, Beefeater Pink, we combined projections with a scent cannon. We positioned the scent cannon in a parking lot and released a strawberry scent that was impossible to miss. Nearby pedestrians smelt the strawberry scent while viewing the Beefeater Pink Projection which created a strong sensory experience. We also put up massive pink posters with 3D strawberries attached to them.

The Beefeater Pink campaign brought much excitement, attention, and discussion to Toronto. 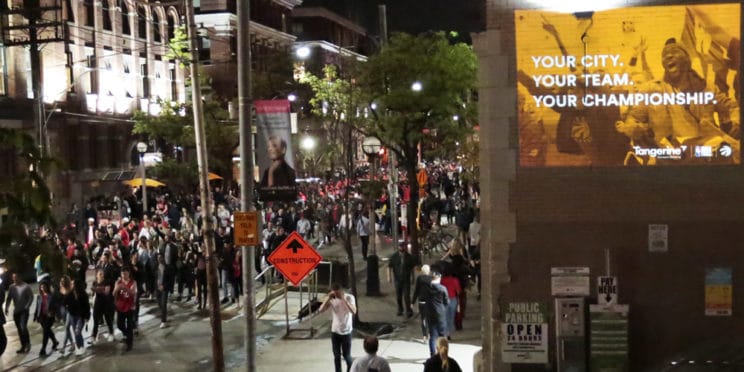 During the NBA finals, we showed our Raptors pride by projecting the live game score throughout Toronto. When the game finished, different messages were projected depending on the results. For example, if the Raptors won the game, then we projected the date of the next game along with a congratulations message. 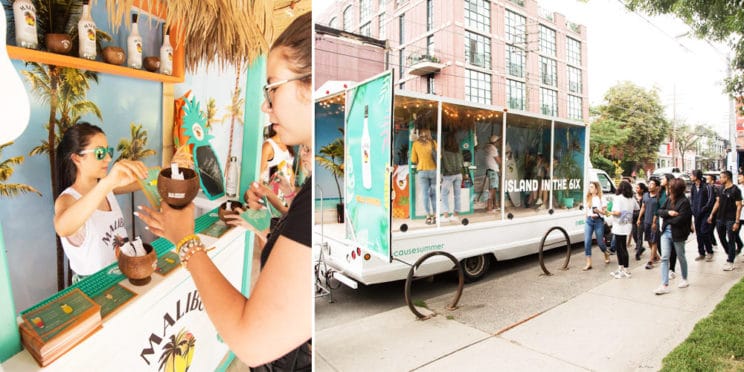 To boost Malibu Rum, our display truck was transformed into a mobile Malibu Bar. Complete with a bamboo roof, surfboards, towels, beach sand, and of course a Tiki Bar.  The truck also included a photo wall which allowed the public to pose for a picture and post their photo to Instagram featuring the program’s hashtag #becausesummer.

The Island in the 6ix drove around Toronto and parked in high traffic areas. At each activation, Brand Ambassadors handed out sample mini-bottles of Malibu Rum along with branded swag. 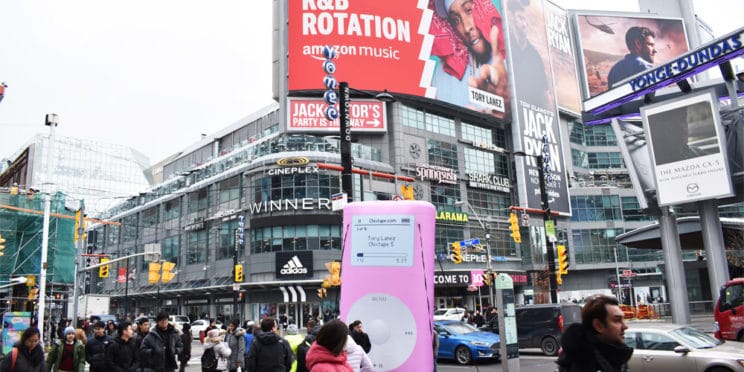 We set a gigantic inflatable iPod in popular areas throughout Toronto to promote the release of Tory Lanez’s new album. The pink iPod appeared like it was playing his new album, Chixtape 5. 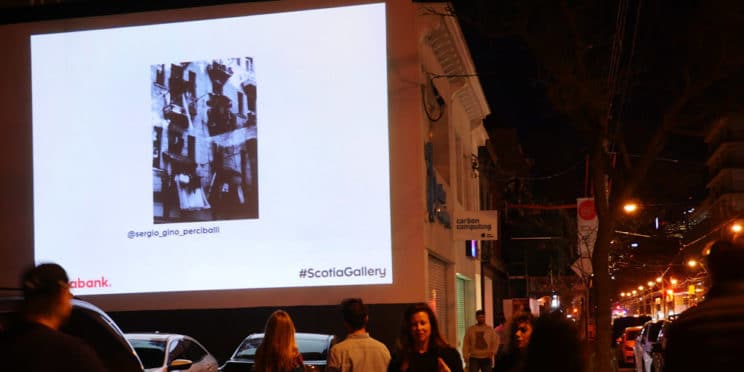 We launched an interactive projection campaign for Scotia Gallery which offered the public the opportunity to showcase their artistic work. If people utilized the hashtag #ScotiaGallery on Instagram, then their photos could be livestreamed to the Scotia Gallery projections. 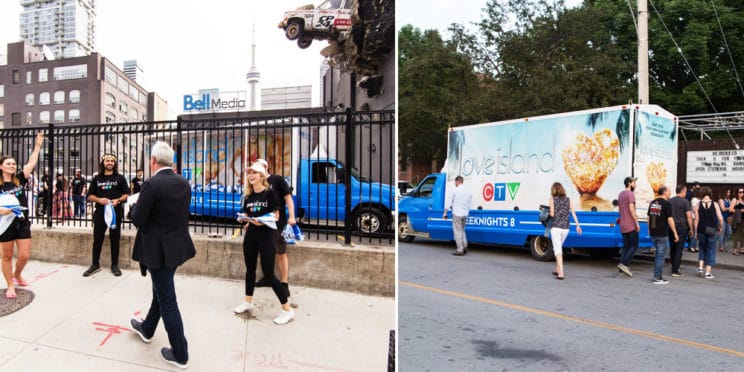 Our display truck drove around Toronto and parked in popular areas to announce Love Island airing in Canada. Street Teams interacted with pedestrians and promoted the TV show by handing out branded beach balls.

We had a blast executing these campaigns and we’re looking forward to all the guerrilla marketing campaigns that 2020 will bring.