Effects Of Outdoor Advertising On Your Business 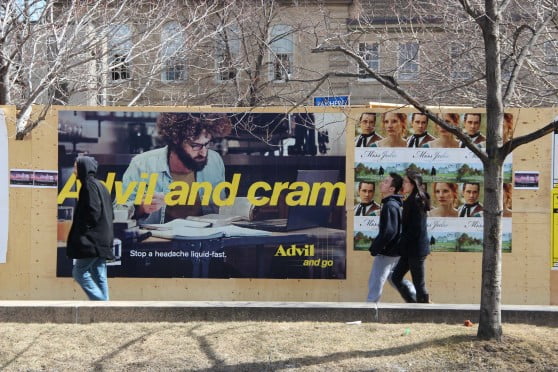 If you’re looking for a way to promote your business, don’t forget that some of the more traditional advertising methods can help you to effectively promote your brand, attract customers and drive sales.

Yes, the digital age has definitely opened up lots of opportunities through popular online platforms like Google and Facebook, but don’t thumb your nose at tried and true techniques, including billboards. The benefit of catching passersby and drivers off guard can be a huge advantage.

Read on to learn more about the effects of outdoor advertising on your business.

IBISWorld’s “Billboard & Outdoor Advertising in Canada: Market Research Report” shows that outdoor marketing is big business in the Great White North. The market boasts a combined revenue of $984 million and its annual growth rate from 2011 to 2016 was 1.7 per cent. According to the report, the sale of billboard ad space accounted for approximately 72.8 per cent of the sector’s revenue.

When people are driving, billboards are one of the things that capture their attention. The impact is even greater if they’re stopped at a stop light or if they’re stuck in stop-and-go traffic. While by no means a new advertising method, outdoor advertising such as billboards, has a significant impact and definitely attracts eyeballs. Statistics Canada in its 2011 National Household Survey found that commuters said that the average amount of time it took for them to travel to work was 25.4 minutes compared to 25.5 minutes for American commuters. So there’s ample opportunity to reach commuters with your message.

While the 2009 Arbitron National In-Car Study focuses on American consumers, it can be argued that the results could shed some light on the situation in Canada as well. According to the study, more than seven out of 10 people acknowledged looking at billboards located on the roadside often; and in excess of one-third said that they looked at outdoor advertising either every time they encountered it or the majority of the time they encountered it.

There are lots of ways you can advertise, but a low-cost, highly effective way to get the word out about your company is outdoor advertising. If you’re not making use of it, you could be losing out. So consider how you might incorporate it into your advertising strategy.