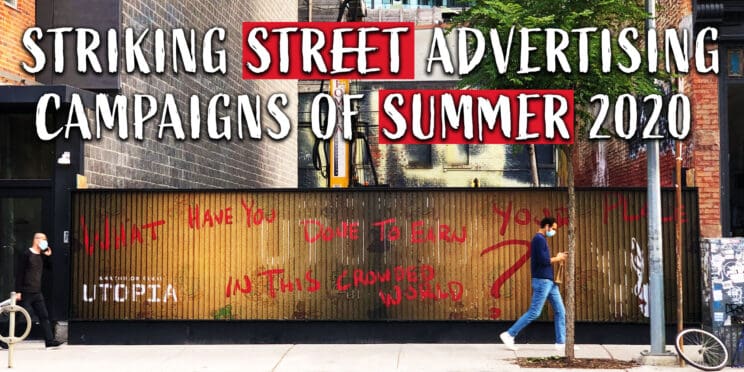 As summer 2020 has come to an end, it’s time to reveal our top Street Advertising campaigns.

Street Advertising is when unconventional marketing methods are utilized to boost brands on the streets. With Street Marketing, you can bring your message directly to customers and stick out from their daily routines.

Street Advertising creates memorable and positive experiences for consumers which they then translate to brands. Street marketing has little to none rules and restrictions which leads to ultimate creative freedom. Street Advertising also frequently segues to word of mouth marketing and social media marketing.

Here are our top striking Street Advertising campaigns of summer 2020…

To create hype for the second season of The Boys, we decorated the Toronto and Vancouver streets with dominations and monsters. The Boys is an Amazon Prime Original about superheroes and is based on the comic book by the same name. The contrasting elements on The Boys wildpostings, caused it to leap off the boards and attract much attention.

We launched a 3D lenticular wall in the downtown Toronto core to promote Utopia. Utopia is a new television series on Amazon Prime which is about a group of fans working together to save humanity and themselves when they discover that the conspiracy in the Utopia comic is in fact real.

The 3D Utopia wall has been halting traffic and bringing much excitement to Toronto.

To boost Popeyes, a massive mural was painted at 21 Ossington in Toronto. The mural depicts the new chicken sandwich which is now being served at Popeyes in Canada. 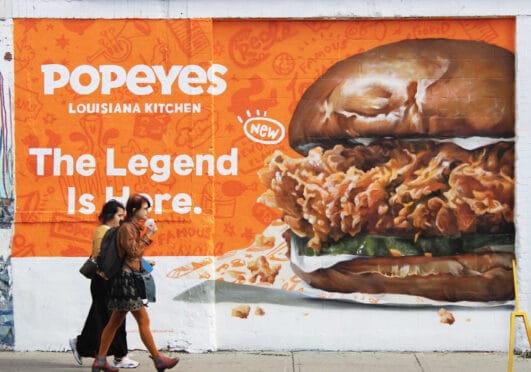 The Popeyes mural is watering people’s tastebuds while adding charm to the Queen W/Ossington area. To see how this extraordinary mural came about, watch our video

If you’re interested in launching a striking street marketing campaign for your brand, then contact us today…