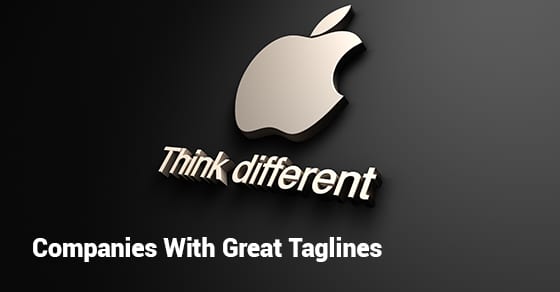 A tagline or slogan is a form of advertising that conveys the brand’s message in only a sentence or two. It is essentially a catchphrase used in a way to identify a company or product. In this way, they are effective because they attract attention and are easy to remember.

Although they are short, a tagline must meet a lot of requirements in order to be successful: it should be memorable, sell the benefits of the company or product in a way that creates positive associations about the company and transcend time. The tagline should be witty and should set the company apart from its competitors. A number of companies have managed to create great taglines in the past. Here are some examples.