5 Ways to Bring your Wildposting® to the Next Level 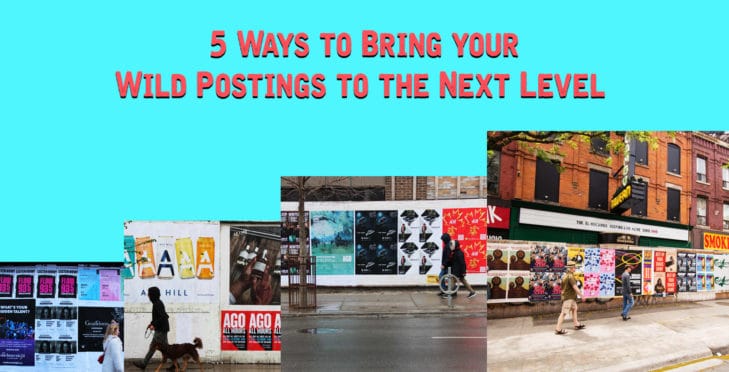 All advertising campaigns share a common goal which is to be perceived. An advantage Wildposting® have over other advertising mediums is that they are visible for the entire campaign duration and they cannot be switched off. However, people are constantly bombarded with advertisements, so 24/7 visibility does not guarantee actual observation. Consequently, steps should be taken to create Wildposting® that stand out and grab attention.

Here are our recommendations for how to bring your Wildposting® to the next level.

Numerous design principles can be manipulated to create eye-catching Wildposting®. Visual interest can be formed with contrasting elements, negative space, emphasis, shapes, vibrant colors, and spacing. Layering can also be used to create depth and dimension.

With typography it can be very tempting to use unique fonts, but we highly suggest using clear and legible fonts for Wildposting® since people are on the move while viewing them. You should also aim to say more using less. Try to exclude irrelevant items because people will most likely not read a Wildposting® if it is crammed with information. We also advise including images due to the fact that the brain processes images 60,000 times more rapidly than text (Piktochart).

We also suggest creating a Wildposting® that is consistent with your brand so people will recognize it instantly. For example, use your brand’s font and colors in the design.

The biggest Wildposting® size we offer is a Domination. It is 40 ft of captivation and usually takes up the entire board. 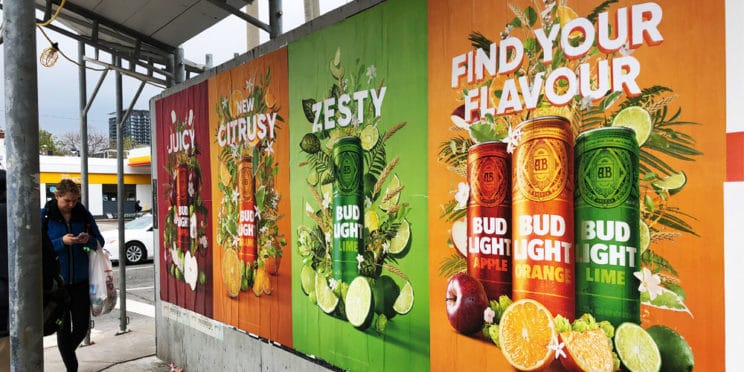 Attaching items to your Wildposting® will literally cause them to stick out. The items could be there just to create visual appeal, or it could be free samples for the public. Stacks of posters could also be affixed to the board for people to rip off and take home with them. Connecting free items not only grabs attention but it also creates positive impressions.

As the name suggests, a multi-flight campaign is when a campaign has multiple Wildposting® runs. Typically, different creatives are used for each flight. However, flights can use the same creatives but for separate times throughout the year. Multiple flights help to remind and reinforce a campaign message.

Multi-flights work well for fashion brands that desire to showcase various products and styles throughout their campaign. Below are images from the Puma campaign which had a new creative for each of the 4 flights.

Naturally, increasing the number of locations and campaign length will increase exposure. You can also broaden your reach by running a multi-market campaign. However, you should keep your target market in mind when picking locations to ensure you reach potential customers.