7 Ways to Create Contrast in Wildposting® 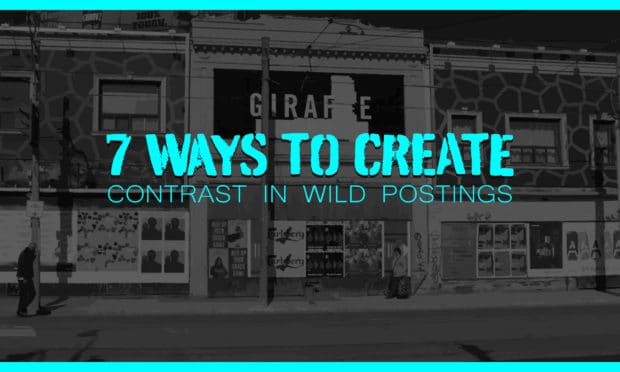 Do you want your Wildposting® to leap off the board and snatch attention?

Well contrast will make that happen…

In design, contrast is created by differences in elements such as size, shape or color. Contrast establishes a hierarchy and adds visual fascination to designs. If everything in a layout was the same, then it would look tedious and dull.

When working with contrast, it’s necessary to make a substantial difference because too subtle of a difference can look like an error.  However, too much contrast will cause nothing to stand out since all components will be contrasting. Thus, it’s essential to establish a contrast balance by creating a design that highlights elements but doesn’t try to highlight all the elements.

Before starting a design, determine which items are the most crucial for people to notice. Ask yourself, if they had to read only one thing, what would it be? When you establish what that thing is, then it will be the item that is the most different from everything else.

Since people are on the move when they go by Wildposting®, utilizing contrast will ensure your poster pops out. Here are 7 ways to add contrast to your Wildposting®… 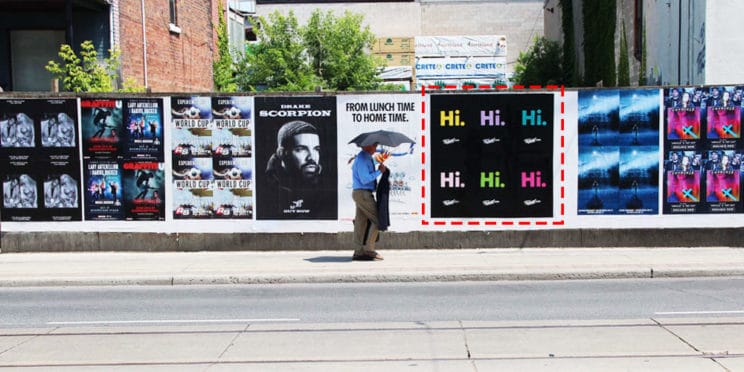 Color is one of the first features people notice in a design and utilizing varying values, saturations and/or hues creates contrast. For instance, combining light and dark colors, desaturated and bright colors, or opposite hues on the color wheel. In the Wildposting® above, every Hi sticks out since it is bright colors on a black background. 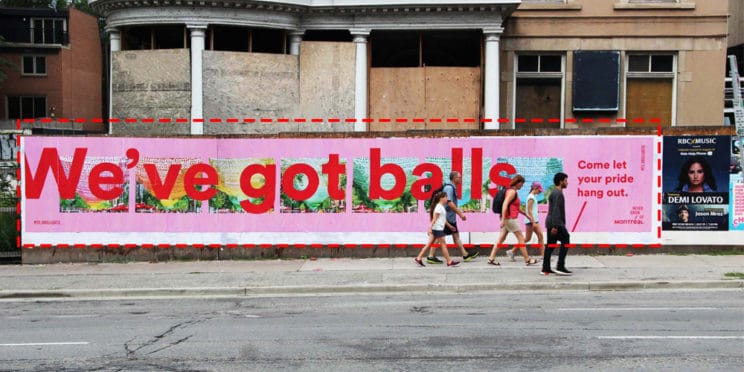 Incorporating items of several sizes in a Wildposting® crafts contrast. The most valuable points should be the largest to ensure it can be seen from fluctuating distances. For example, we’ve got balls is the most noticeable part of the Wildposting® because the font is massive compared to everything else on the poster. 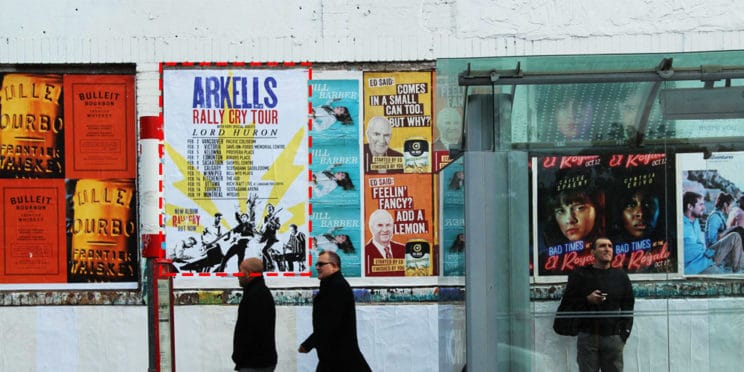 Textures generate contrast when their attributes differ strongly from one another. For instance, a raised item compared to a flat item or a rough item compared to a smooth item. In the Wildposting® above, the grainy texture of Arkells causes it to contrast with all the other elements. 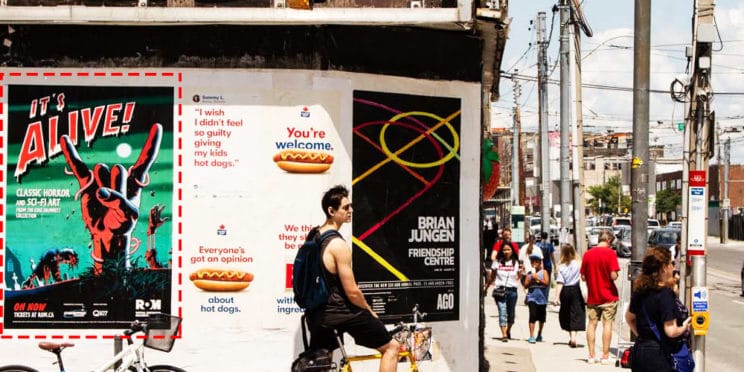 It’s essential to use typography people can clearly read since they are typically in motion when going by Wildposting®. The crucial words you want people to examine should contrast with insignificant words.

Contrast is formed between words through font style, size and/or weight. For example, you can emphasize text by adjusting the tracking, kerning or leading. Mixing serif with non-serif, condensed with extended, bold with normal, or all caps with lower caps will also produce contrast. The Wildposting® above utilizes a mix of fonts but It’s Alive contrasts the greatest with other text causing it to attract the most attention. 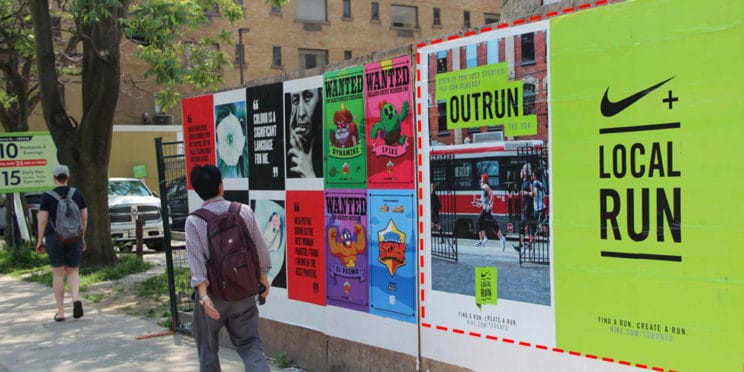 An item can be emphasized by adding space around it. It will especially stand out if other items on the poster have little to no space around them. Contrast is produced in the Nike Wildposting® by surrounding the logo/Local Run with lots of space.

The placement of an element compared to other elements also creates contrast. If all items on the poster are right aligned and one item is left aligned, then the left aligned item will grab the most attention. The word Bulow jumps off the Wildposting® above because it is left aligned while all the other text is right aligned or centered. 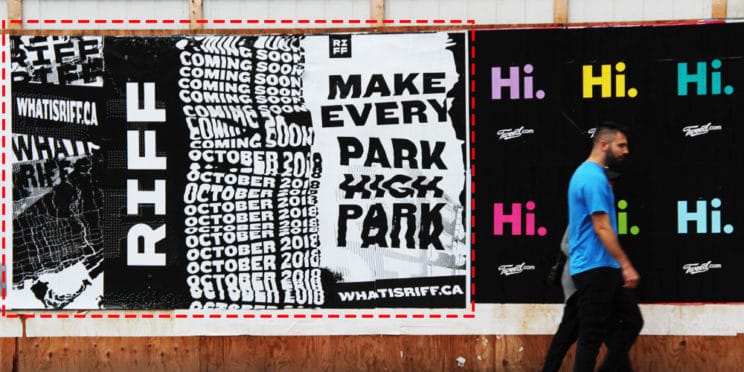 Adding something unexpected to a design creates contrast because it is not standard. For example, the text in the RIFF poster stands out because it’s written on a curved line as appose to the typical straight line.